any codes or DLC used

Get ready to feel the excitement of Star Wars The Last Jedi, with Kylo Ren and Rey exclusive* themed looks, inspired by the Blockbuster film. Choose your path of light or dark, and stand out against the chaos of the battleground. Equip and unleash unique and epic level character ability modifiers, granting you the authority to change the course of battle. Scramble your opponents' powers as you play Rey, or strike fear into your enemies with the ability to freeze or pull opponents when playing Kylo Ren. The battle extends to the skies with a Star Wars: The Last Jedi inspired ability modifier for the Millennium Falcon, complete with updated sounds and themed look. An ability modifier for a new First Order ship is also available, giving players an edge over the Resistance. Nothing stands in your way, on the ground or in space, whether you tread the path of light or dark. The promise of Star Wars: The Last Jedi aw

The Last of Us Remastered - PlayStation HitsGame overviewWinner of over 200 Game of the Year awards, The Last of Us has been rebuilt for the PlayStati...
£13.99
View details
Add to basket

PLAYSTATION 4 DISSIDIA FINAL FANTASY NT (PS4) BRAND NEW (IMPORT)SQUARE ENIXPLEASE NOTE THIS IS A GERMAN IMPORT WITH GERMAN LANGUAGE ON THE COVER. IT I...
£6.48
View details
Add to basket

Playstation 4 Borderlands 3 (PS4) The original shooter-looter returns, packing bazillions of guns and an all mayhem-fueled adventure. Blast through wo...
£7.99
View details
Add to basket

As natural resources dwindle and gargantuan monsters begin to attack civilisation, mankind retreats behind the walls of their city strongholds, bolste...
£11.99
View details
Add to basket

Embark on an all-new LEGO adventure by becoming the best villain the universe has seen in LEGO DC Super-Villains. For the first time, a LEGO game is g...
£14.49
View details
Add to basket

Narcos: Rise of the Cartels is a brutal turn-based action strategy game based on the hit Netflix TV series. Explore the entire first season from two s...
£14.99
View details
Add to basket 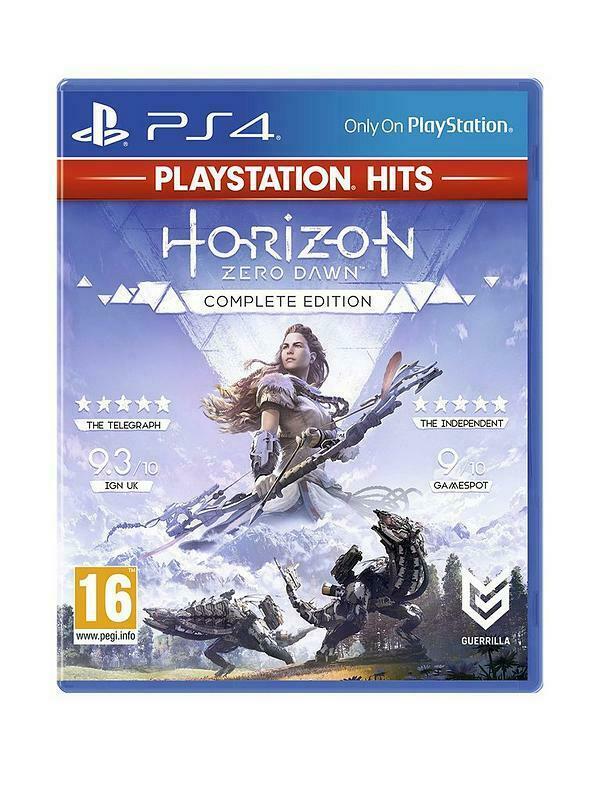 Shape Your Legend in EA SPORTS UFC 4.  In EA SPORTS UFC 4 the fighter you become is shaped by your fight style, your achievements, and your personalit...
£41.99
View details
Add to basket

Playstation 4 The Crew 2 (PS4) (BRAND NEW)The newest iteration in the revolutionary franchise, The Crew 2 captures the thrill of the American motorspo...
£14.99
View details